My Interview With Highlander: The Series Actor Adrian Paul 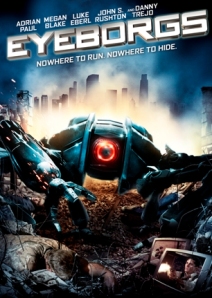 JH – You’ve been on cult TV shows like Highlander: The Seriesand the fifth film in the movie series Highlander: The Source and Dark Shadowsduring the 90′s as well as films like Last Rites and Love Potion No. 9, do you have any special stories to share from your career with your die-hard fans?

AP – There are many stories that I don’t have time to tell. But on The Source we spent many days trying to shoot the absurd amount of action in the non-existent time we had to do it. Dark Shadows gave me the opportunity to be visited by a real ghost or presence that I felt during filming atGreystone mansion. Last Rites, I ate cockroaches in the salad that was prepared in our honor at a buffet, and Love Potion Number 9 Sandra Bullock still owes me a necklace after she jumped on my back accidently pushing me into a wall, cracking the one I was wearing. LOL

JH – Little known fact that you were a dancer and choreographer. Who did you work with and what music videos did you appear in?

AP – My dancing days were when I was doing travelling shows for sportswear companies like Adidas, Colmar, Head and a bunch of others. It was a great time to be young and single. The music videos I did were with Sheena Easton and Duran Duran. 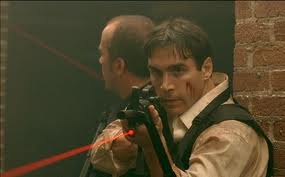 JH – Who are the major influences on your career, which actors inspire you and your work and who would you love to work with?

JH – Are there any special parts you wish you could have done, turned down, or would love to do in the future?

AP – Well there are a couple. Bond would have been fun but now that is gone. I like playing roles that excite me and the script has a lot to do with that. So I will wait for the script that makes me say, “yes this is really a role I want to do”.

Click the pictures to read the full interview with Adrian Paul @ Movie-Vault.com!